We remember those pigs that we have lost over the years and know they had a wonderful life at Piggins and Banks. 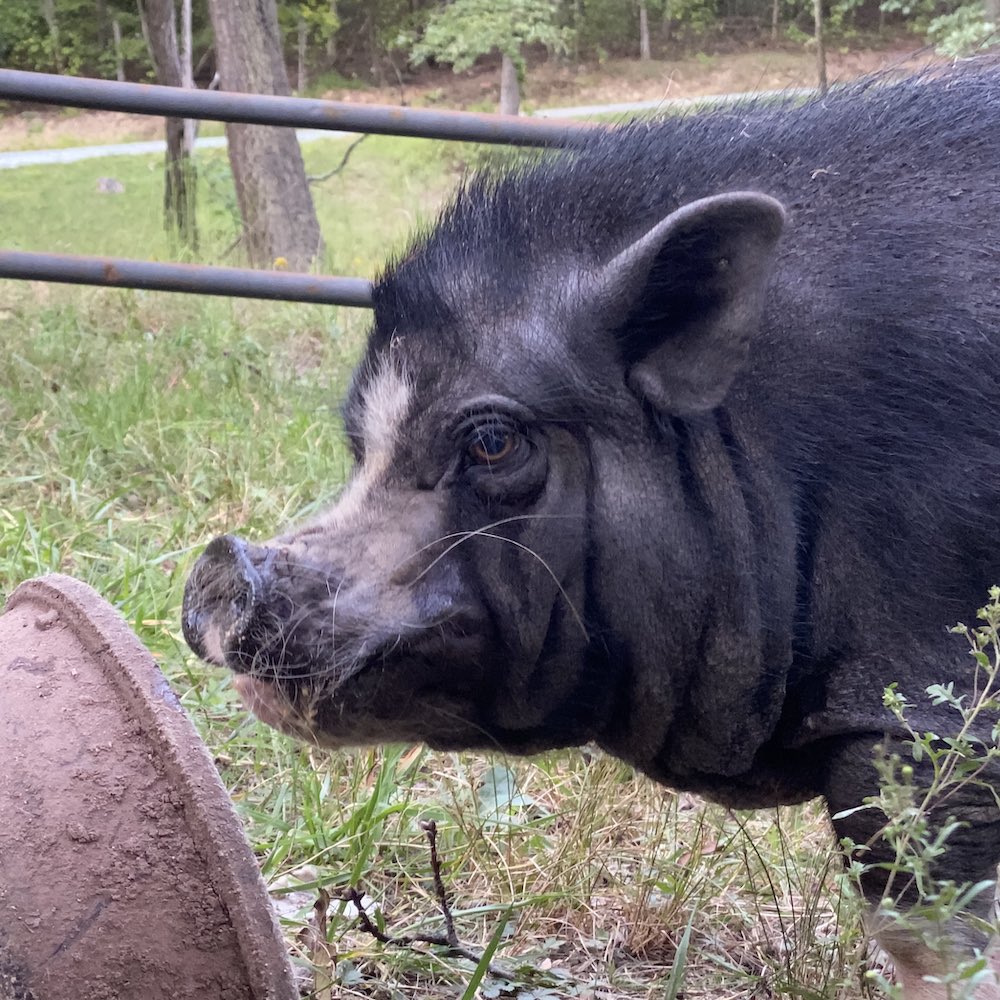 Potbelly PigRescued5/1/2003 – 2/3/2021 Lana was a breeder pig from Florida where they sold her babies as “teacup pigs”. She was abused until rescued by Ross Mill Farm and adopted to a family in Virginia that could no longer keep her after a death in the family. We took her in as a pet in 2012 and she lived out her later years surrounded by pig friends and was one of the four original pigs that came to Piggins and Banks when founded in 2020.